Today on the tray: Blonde brownies, a.k.a. blondies 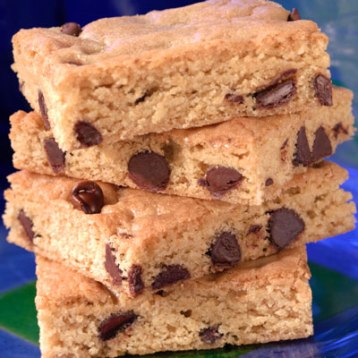 According to Food.com, “First known as ‘blonde brownies’ and later just ‘blondies,’ chocolate-free butterscotch brownies were all the rage in the mid-1950s. Today, a ‘blondie’ might be the classic butterscotch treat or many other cocoa-free bars.”

So enjoy some blondies today. Or enjoy this Blondie.