In memory of Eydie Gorme 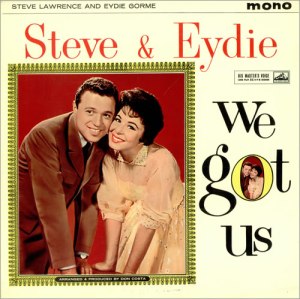 Singer Eydie Gorme died today, August 10, 2013, at age 84. Gorme performed solo and as a team with husband Steve Lawrence, whom she married in 1957. The duo frequently appeared on television, singing and exchanging banter. Gorme scored her biggest solo hit in 1963 with “Blame It on the Bossa Nova.” She is survived by Lawrence and their son and granddaughter. Here are Steve & Eydie hosting Hollywood Palace, opening the show with “I Believe in You” from How to Succeed in Business Without Really Trying. I enjoy the set and Eydie’s hair as much as her singing.