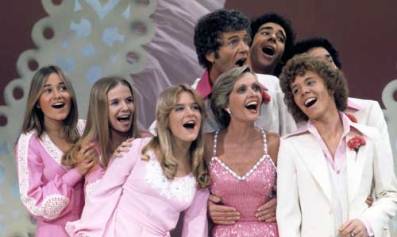 The Classic TV Variety Show Blogathon, which will take place the first week in February, is a tribute to the great variety series (or, in the case of the one I picked, not so great) that graced American television from 1950s to the 1970s. Michael’s TV Tray will present “The Brady Bunch Hour: A Very Brady Trainwreck.”

There is already an impressive line-up of bloggers and shows:

Sunday, Feb 3
The Judy Garland Show – How Sweet It Was
The Dean Martin Show – It’s About TV
The Flip Wilson Show – Outspoken & Freckled