Today on the tray: Toasted marshmallows and the Simpsons

According to the holiday site Punchbowl.com, “The history of the marshmallow dates all the way back to Ancient Egypt. The Egyptians harvested the sweet gooey extract of the mallow plant and used it to make candy. It was a very special treat reserved exclusively for gods and royalty. The modern-day marshmallows we know and love today emerged during the 19th century.”

Does one toast or roast a marshmallow? In the course of my research on this question, I stumbled upon a marshmallow card game called Toasted or Roasted. By their definition, “roasted” is the overcooked, black marshmallow you throw away. But other sources seem to regard the two as synonymous. Chowhound, for example, offers helpful info, including a video, on “How to Roast Marshmallows to Perfection Every Time” (emphasis added). 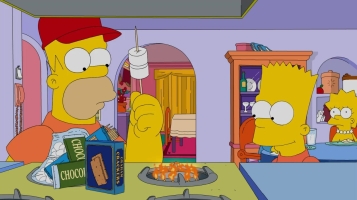 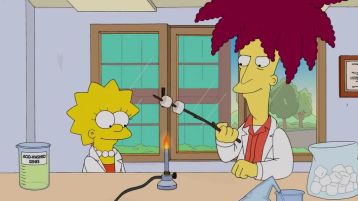 Whether you toast or roast, have a great National Toasted/Roasted Marshmallow Day!