Today in TV history: We learn The Facts of Life

On this date in 1979, Mrs. Garrett, the housekeeper from the first season of Diff’rent Strokes, graduated to her own series, The Facts of Life. In this spinoff she becomes housemother to the girls of Eastland, a girls’ boarding school in Peekskill, New York. No more cleaning up after the Drummonds!

Charlotte Rae, who portrayed Mrs. Garrett, had played character roles on numerous shows, including Car 54, Where Are You?

Here are the rare opening credits from the first episode of The Facts of Life showing the crossover guest stars from Diff’rent Strokes. Like the opening used for the rest of Season 1, this one includes vocals by Mrs. Garrett herself, Charlotte Rae. There’s no mistaking that warble. 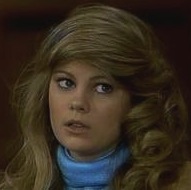 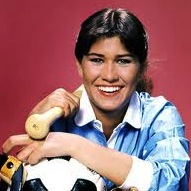 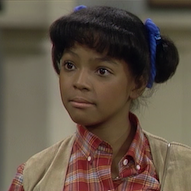 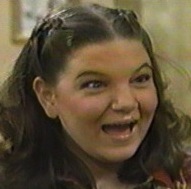 Which one are you: Blair, Jo, Tootie, or Natalie?

Family Guy has paid homage to The Facts of Life in quite a few episodes. In this clip, for example, the androgynous Jo approaches Mrs. Garrett with a unique problem.

My favorite Facts of Life reference on Family Guy is from an episode in which the Griffins develop superpowers as a result of exposure to toxic waste. Peter’s superpower is the ability to change himself into any person or object. At the end of the episode, he transforms himself into “Mrs. Garrett’s giant rack,” complete with liver spots. “Girls, girls, girls!” he imitates the large-breasted housemother, and everyone laughs.