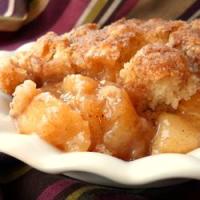 “A cobbler is a deep-dish fruit pie covered with a thick crust made from biscuit dough. This delicious dessert originated in the American West during the 19th century,” says Punchbowl.com. “Although for many years people did not consider cobbler fashionable enough to serve to guests, it has now earned a permanent place in the pantheon of wholesome American desserts.”

Cobbler always reminds me of the episode of The Simpsons where Homer delivers Meals on Wheels after being sentenced to community service. 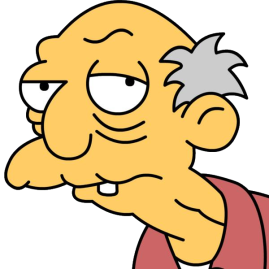 OLD MAN: Didn’t these meals used to have a cobbler?

HOMER: Uh, they discontinued the cobbler.

HOMER: Now, let’s not get into who smells like what.