Born on this date: Doris Day 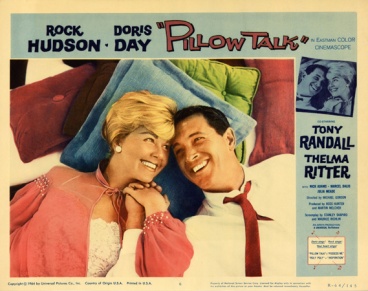 Most people know her from her classic films like Pillow Talk (for which she got an Oscar nomination), and from her hit recordings like “Secret Love.” She is also an outspoken animal rights activist.

The fourth season opening sequence of The Doris Day Show is among my favorite TV show openings. I could watch it a thousand times. You’ve got Doris wearing outlandish hats and hairstyles; you’ve got the San Francisco scenery, the ’70s style film editing with quick zoom-ins, and Doris singing her signature song, “Que Sera, Sera.” I really dig the spiral staircase she descends and the leopard print hat. What do you call the hairstyle towards the end with the braid that comes out of the top of her head? It makes her look like an alien from Lost in Space.

If you are the kind of viewer who is bothered by lack of continuity, The Doris Day Show will drive you crazy. Entire supporting casts simply disappear; Doris inexplicably changes careers several times; and though she begins the series as a widow with two children, by the end she becomes a swinging single. Since no explanation is given, I have to assume that Child Protective Services took the kids away.

The show is notorious for the fact that Doris was forced into doing the series when her husband/agent mismanaged her money and then committed her to it without her consent. “Despite grave misgivings, and a dislike of television, the ultimate need to clear her debts convinced Doris to go ahead with The Doris Day Show, netting her a Golden Globe (1969) for Best Actress in a Television Series,” according to DorisDay.com.

Leave a Reply to Happy Birthday, Doris Day (Whatever Age You Are) | I Don't Get It Cancel reply