Born on this date: Kami Cotler 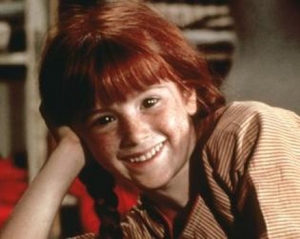 Kami Cotler, who charmed and/or annoyed audiences as Elizabeth, the littlest Walton on The Waltons, turns 49 today, June 17, 2014.

How is that even possible? Why, it seems like yesterday that Elizabeth turned 13 in a spooky 1978 episode called “The Changeling.” (This was after John Boy left, when the stories started revolving around the younger Waltons.) In the episode, Elizabeth is terrorized by a poltergeist, or “poultry ghost” as Ike Godsey calls it. For real.

The description in IMDb reads, “Elizabeth is turning 13 years old—not quite a child, not quite a woman. Strange things begin to happen due to her being unsettled.”  But I prefer Kindertrauma’s description: “Clinging desperately to her youth and unwilling to accept the inevitability of her oncoming decrepitude, the no longer adorable gingerfrau Elizabeth inadvertently invites a poltergeist to terrorize her family with sub-par piano playing, and the smashing of worthless heirlooms.”

I don’t know how anyone can not find it hilarious when a spontaneous wind blows through Elizabeth’s hair like Drew Barrymore’s in Firestarter, and then a rocking chair starts rocking back and forth, a Raggedy Ann doll stands up on its own, objects fly through the air, and a piano plays by itself.

I make sure to catch this campfest whenever it comes around. But people who take The Waltons seriously hate this unwholesome, supernatural-themed episode.

Four years after this episode was made, a certain Steven Spielberg movie made “poltergeist” a household word. Below, someone has cleverly set scenes from “The Changeling” to music from said film.