Today on the tray: Tortilla Chips 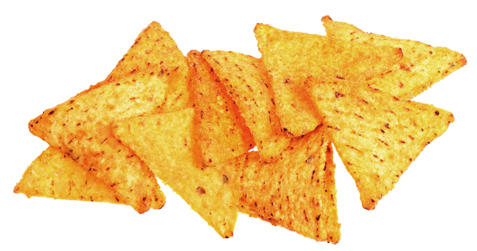 Tortilla chips started out as a way to avoid waste. According to Punchbowl.com, “Rebecca Webb Carranza invented tortilla chips in the 1950s. Carranza and her husband owned the El Zarape Tortilla Factory in Los Angeles and were among the first to automate the production of tortillas. The machine often produced misshapen tortillas, and Carranza decided to try and use them instead of throwing them away. She cut the rejected tortillas into triangles, fried them, and sold them for a dime a bag.”

Let’s celebrate National Tortilla Chip Day with The Addams Family! In this 1986 commercial, Fernando Escandon brings Tostitos Chilada Flavor tortilla chips to the Addams Family house. Morticia and Gomez receive the chips enthusiastically. But before they can taste them, Thing snatches the bag.