Today on the tray: Pork chops and apple sauce 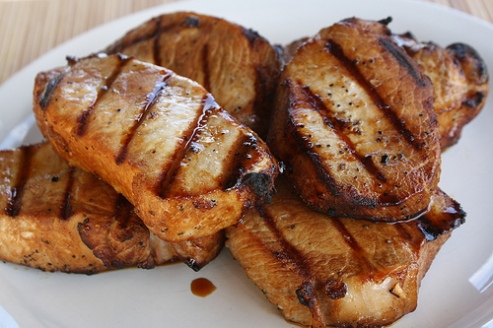 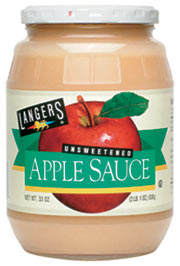 Well, I can’t really think of anything to say about apple sauce cake.

But I can think of something to say about apple sauce and pork chops. Or pork chops and apple sauce. Any fan of The Brady Bunch knows this reference. It’s from the episode in which Peter becomes convinced that he has no personality. (He’s right.) If middle-girl Jan could have all those angst episodes, why not middle-boy Peter?

Peter decides to take on a new personality, and settles on Humphrey Bogart’s. After all, what boy in 1971 didn’t want to model himself on a 1940s film star? So he practices curling his top lip under and talking like Bogie.

Then into the kitchen he goes, where Mrs. Brady and Alice are both cooking. Nice of Mrs. Brady to help when Alice is getting paid to do it. Peter asks what’s for dinner. They’re having Thai food. No, just kidding. They’re having pork chops and apple sauce. Peter repeats this in a Bogart imitation, “Pork chopsh and apple shauce. That’s shwell.” The phrase “pork chopsh and apple shauce” gets repeated five times in this scene, which is why most people remember it. According to numerous sources, the average person needs to hear new information three times before he or she retains it. What does this imply about what the Brady Bunch producers thought of their audience?

Anyway, here’s the clip. Keep watching it until you can remember “pork chopsh and apple shauce” and say it like Bogart.