What’s all this fuss about the presidential erection?

With election day approaching, there’s a question on everyone’s mind… 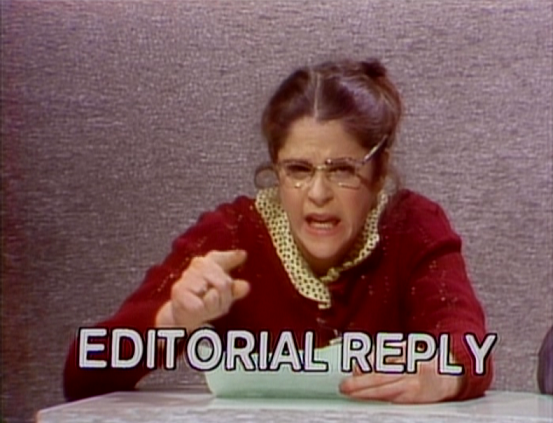 EMILY LITELLA: What’s all this fuss I’ve been hearing about the 1976 presidential erection? Now, I know they erected a monument for Mr. Lincoln and President Washington, but that’s because they’re DEAD! Hopefully, the 1976 President won’t be DEAD! So he won’t NEED an erection! If Americans are going to spend money to erect anything, why don’t we tear down those nasty slums and erect luxury high rises for poor people and senior citizens! Not for presidents who can afford to pay for their OWN erections!

EMILY LITELLA: I can’t believe the way things are turning out in this country—what?